Of Gods and Dungeons 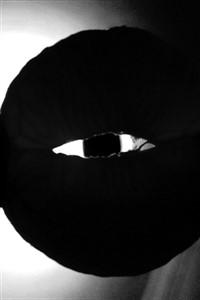 Amy Barnes, an aspiring chemical researcher, finds herself dying from cancer. One of her most desperate prayers is answered in a way that she'd never dreamed possible, and she finds herself living a new life as a dungeon.Warning: Violence, morbidityCover: Taken from here, courtesy of www.pexels.com by photographer @tookapic.
Author's Note:
This is not a serious story. Please do not expect updates or for me to keep up with this at all. I have other stories which are higher priority (Sorcery in Boston, being the biggest one.) Those, however, have high expectations for me. I must get the characters right, the research right, and meet my own standards of excellence.
This story? This is where I go when I've got writer's block, but want to write anyway. This is where I go when I'm bored, or frustrated, or what have you, and for whatever reason, I can't write my real stuff. When I'm finished my other stuff, this might rank up to top priority.
But this story is fun, so I figure, I should share it!
I've read some dungeon core stories on here, and they've tickled my fancy. I've thought up a whole story, start to finish, and thought it'd be a blast to put it into words.
Other than the violent and morbid aspects, this story is suitable for children. Aside from the vocabulary, that is. I will avoid the temptation to have any cursing, sexuality, or gore. Excessive gore, I suppose - it is a dungeon story, after all.
I’ll do a little research from time to time, but this story will not have a great deal of rigor. I’ve made Amy’s knowledge comparable to my own for that reason. There’s a few things she knows more about than I do, and a few things that she knows less about. Unlike me, she doesn’t have access to Google - it’s a non issue for her to be more knowledgeable than me, on occasion :PThis story does not use the same magic system that I’ve used in either Sorcery in Boston or A Summoner’s Confession. This one is mostly intention based, and designed to be easier access for people who are more used to the idea of, “It’s magic, therefore it works” kind of thinking.Do note that Amy is, in most senses of the term, overpowered. This goes along with the usual dungeon core stories. She’s not more powerful than other dungeons per se, but she does have knowledge and intelligence that puts them to shame. Also, I thought about doing this in a LitRPG style, but systems take balance, and I wanted this to be pure fun to write.This story was inspired from a few sources. Despite the title, it wasn’t really inspired by Of Mice and Men, though some of the themes match. Rather, I’ve taken inspiration from a few dungeon core novels on Royal Road Legends for the main idea. For the storyline, I’ve mostly been inspired by the rationalist fanfics Harry Potter: The Methods of Rationality and Luminosity: A Twilight Fanfic. Both of these take a clever, scientifically inclined mind into a world of magic, and wreak havoc on their respective worlds. (I highly recommend reading both of those, by the way. It’s honestly worth reading Twilight just to better understand Luminosity, too. Both are written with the expectation that you’ve read the source material.)As such, many conventions of dungeon core stories have been perverted from the genre. I’ve taken my usual science-loving self to town to play around with the powers, and I can only hope you have half as much fun reading this as I have had writing it.