I am Just a Farmer 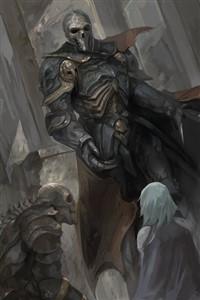 It all started when the star fell upon Sanctuary. Undead rose to feast on loved one on in turn began to feast on others. Swords were picked and shields hammered out to defend a little town from the evils that began to surround it. If the Nephalem had not sought out the star the corruption never would have been ousted. However the town's survival came at a cost and many lost their lives. This story follows a man who paid the price, unable to see if it was ultimately worth anything. Now he awakens in a crypt, how he got there as much of a mystery to him as this world is to him.
"I volunteered to help because it seemed like the right thing to do. But I am no leader of men."

A/N This is a little Fanfic of Captain Rumford in Diablo III since I was a bit miffed with his ending in it. He was just a side NPC but still I enjoyed what little time I had with him. Will have some light LitRPG elements and a little town building.