Legend of the Five Knights 2- The Shadow of Justice 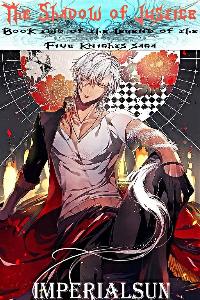 The realms start to recuperate following the attacks from the shadows. The war itself however won't be an easy one to win as the remaining rulers pull out all the stops in their attempts to drag the various realms into the dark sea known as 'Abyss'.

Meanwhile he readies for the final battles ahead, Tetsuya finds himself with secrets floating around him. Secrets about his Father's bloodline and about the true nature of the so called 'Holy Weapons' he and the other four knights wield. What will he discover? Will he even want to know once he does?

Then there's the strange boy who greatly resembles him...

The Legend of the Knight of the Shield and of the other four knights comes to its exciting climax!