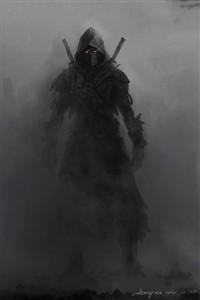 The countries [Cuntersia] and [Wankeryl] are in an all-out war to obtain a very powerful mineral that can only be found between the borders of the two countries. The protagonist "Bob", more commonly known as "The Shadow Rogue", is one of the most legendary and powerful people in the world but has no affliations to [Cuntersia] or [Wankeryl] and is a neutral party in the war only following his whims and fancies in the war, working for whoever he wants to.
Join Bob in his journey as one the most vital factor in whether the two countries rise or fall.
NOTE; This story is full of cursing and most of the times, bad jokes. Read at your own discretion