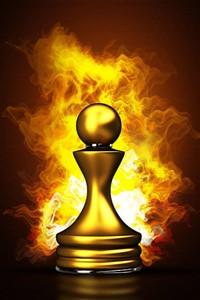 -Daily Updates-
Long ago, the Brotherhood of the Dark Path – a band of mercenaries each with their own unique abilities went in search for a golden apple said to have fallen from God’s Tree, which would grant the consumer the power of God. However, at the end of the quest, a fight broke out among the Brotherhood and they destroyed themselves over who would obtain the apple. Saddened by this incident, God decided to retire and pass on his mantle to someone else. A chess match, the ultimate game of skill, would be held every few hundred years to determine who was worthy of the apple – and the spirits of the Brotherhood would be summoned as the pieces to fight each other, just like that battle so many years ago.
However, up until now, there have only been stalemates. No one has proved themselves worthy of succeeding God.
Yukimura is no different from any ordinary high schooler, aside from the fact that he has Hyperthymesia – a condition that grants him flawless memory, the secret behind his chess abilities. The biggest concern of his life is whether or not he will get noticed by Hirano Shizuka, the girl whom he has a crush on. Even when he is unknowingly summoned as the King and nearly killed by the enemy Queen, only to be saved by his own, he refuses to take part in the ‘meaningless’ game. But when Hirano’s life, as well as many others are threatened by the enemy King, he is forced to fight with everything he has alongside his pieces in the nightmarish game of chess.

DISCLAIMER: I wrote this during a cringe time of my life. It may or may not be a direct ripoff of Fate/Stay Night.
DISCLAIMER 2: I do not own the cover art in any way.
Enjoy!