The Breath of Creation 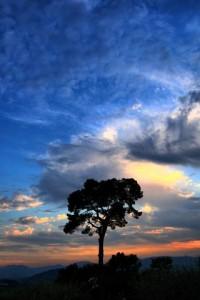 General Summary:
Sometimes, the multiverse needs expanding. That's where I come in. But, unfortunately, being a deity isn't all fun and games (and is incredibly complicated), as there are always things working against you. Not even the God of the Multiverses can change that.

Another Summary:
Twelve souls were chosen to expand into the void surrounding the known universe(s), and were given a grace period in which they would experience a relatively safe expansion of their domains. Once that period is up, however, they are free to interact with each other...and what lurks in the depths of the Abyss, the Void, and the Primordial Chaos. I am one of those souls. And let me tell you, this shit ain't easy. Between trying to raise mortals into an immortal army, with which I can defend my domain, dealing with my children, and trying to maintain the balance between all realms of existance, I have my work cut out for me. Sigh. Now I know why, back on Earth, gods worked in mysterious, invisible ways. There's just too much to be done.
Formerly called RE: Deity