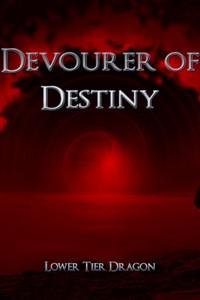 A notorious and devilish killer in the highest divine realms has failed in his attempt to assassinate a God Emperor, one of the four loftiest beings in the universe. Executed following the failed attempt, Ebon Dirge escapes to the Mortal Realms with only a fragment of his soul intact. Determined to finish the job, Dirge chooses an unconventional path to obtain a power that could even the odds: destiny. The power of fortune that turns mortals into divine heroes, destiny is elusive and powerful, but Ebon Dirge possesses among his vast library of knowledge an obscure art that allows him to see those so empowered. Lacking allies, cultivation, and even a body, he must take a chance and forge a new path to seize destiny for himself before rising to confront his nemesis. But none of this will come easily. To capture destiny, Dirge must use every trick in the book to pry it from the grasp of a variety of would-be heroes and legends. Succeed, and he may finally have his chance to finish the job; fail, and he will become a mere stepping stone for another. Devour destiny, or be devoured.