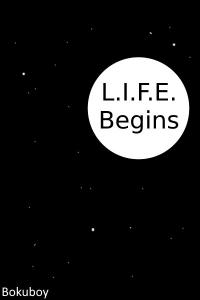 Humanity tried to fix the planet, but in their ignorance, forced humanity as a whole to retreat underground instead. In the future, and stuck with a life as boring as it could possibly be; Jack retreats to the virtual world his great-great grandfather had designed. L.I.F.E., or the Latent Integrated Fantasy Experience, was the best thing to hit the market... 200 years ago. Jack was determined to find that one game that would be the diamond in the rough; the one that every gamer searched for. A game you could actually live for. What he found was a game he would die for.