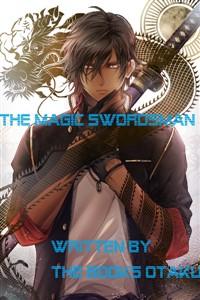 Clearing the most difficult mode of an RPG game called 《The Invasion Of The Demon King》, Hiro Miyagawa unlocked a new difficulty, the 《Hardcore Mode》. Pressing the "Yes" Button, a sudden white light flashed on the screen of the TV, forcing him to close his eyes. Due to the lack of sleep from playing the game three days in a row, Hiro fell asleep and reincarnated into Theo Regnard the moment he woke up.
As the support character of the game 《The Invasion Of The Demon King》, Theo Regnard was destined to die at the beginning of the game. Refusing this kind of fate happening to him, he resolved himself to become stronger and walk into an unknown road instead of choosing the supposed "Good Ending".
This is the story of a man who was cursed by the demon god, a story of a fallen prince who has chosen the path filled with blood and revenge, a story of a support character who became the main character, a story of the man called Theo Regnard.

Author Note
This is a slow-paced story and the first book that I'm writing. I hope that those who are interested in that book can find the enjoyment they were looking for.
I will definitely aim to end that book and a second book is also scheduled after the end of the first one.