A Warlock From Elsewhere 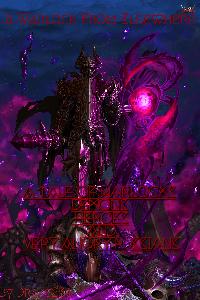 Mike Kane. A simple, 16 years old thug. His was a simple life of semi-poverty, trying to go to school as much as possible despite the enormous number of fights he got in, tending to his blind, dying mother and a father he really didn't want to talk about. Granted, he felt like he could get more out of life, maybe fewer delinquents trying to beat him up, but, all things considered, he was fine. Fine. That's a word he used a lot. More than he really should have. So, imagine how "not fine" he was when suddenly, after suffering from a strange series of hallucinations, he found himself in a snowy forest, with no sign of civilization near him. And the only person he could talk with was an ancient Wendigo that was more weirded out by the situation than the boy himself.
This is the beginning of a story.
The story of a boy who only wanted life to be less shitty to him for at least one damn minute.
The story of how he would have to deal with another world, full of dangerous creatures, legendary warriors and way too much magic for its own good.
The story of how he would interact with demons, monsters and not so surprisingly a lot of people that wanted to kill him.
And obviously, all of that while doing crazy hijinks like killing more Paladins that anyone should, running from a lot of Witch Hunters or Inquisitors and even slaying Angels.
Mike Kane thought he had enough shitty days for a lifetime.
This world wanted to prove him wrong.