The Slime and the Bounded Starsails 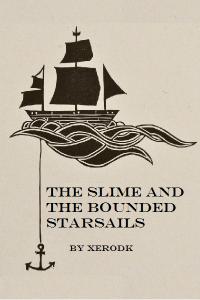 For a young sixteen-year-old boy, his life wasn’t the most pleasant one but one he strived to make better. That was until he fell to his death. For unknown reasons, he was reborn as a weak slime into the world of Theia which has three moons, three countries, and three races of humanoids: humans, vampires, and elves. The slime awoke to a troubling time in this steam-era fantasy ‘New World.’ Something was stirring the monsters of this world while the countries were readying for war with each other. As they dive deeper into the mystery, these characters hope to stop catastrophe and uncover the secrets of the Starsails.