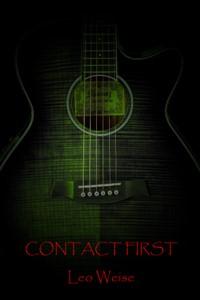 2039 - Earth
A narrow beam energy signal appeared aimed squarely at earth from the TRAPPIST system. The communication consisted of a layered set of repeating data over several thousand wavelengths. Over the next few months scientists discovered that the lower wavelengths carried an encoded numerical language which could then be used to interpret the more complicated messages carried on the higher wavelengths. After half a year of painstaking work the signal was fully decoded. It described a small satellite launched along a precise trajectory towards the fourth planet of our solar system. Included was a package of advanced research that humanity would need to have ready in order to receive the satellite and decelerate it safely. The alien data provided the kick that humanity needed to turn from petty squabbling and unite to explore the final frontier. Major government and corporate leaders worked together to create the framework for the United Federation of Sol. UFS spaceports went from scaffolding to daily launches in every major city around the globe. Ships floated like dandelion seeds, spreading on solar wind to grow into colonies.
2397 - Mars orbit, Egeria Station
The command center was a hive of activity as checks were conducted and systems initialized. Scientists flitted by like mayflies as communicators beeped and holoscreens spat out green tinted readouts. Nervous energy was thick in the air as everyone anticipated the culmination of over three hundred years of work. Massive fusion reactors under the planet's surface thrummed with barely restrained power as energy fed into a gleaming metallic maze criss crossing the planet. Metal fingers reached up, overshadowing the mighty olympus mons and trying to grab the stars. All over the solar system, people quickly turned to look as gigantic energy lances shot from the dusty fourth planet.
Two years later. The same people that clapped loudly at the successful activation of project Hermes now wait with baited breath. A silver capsule trailing bright photonic sails is captured by a net of grav beams and guided with care bordering on reverence into the station. Holoscreens across the headquarters project an image of the sleek craft settling in the bay. Data connections are established and the holoscreens blink to white. Slowly an image forms on the screen. Across the headquarters people stare in wonder as a wholly alien face stares back.
"Contact established. Welcome to the universe."