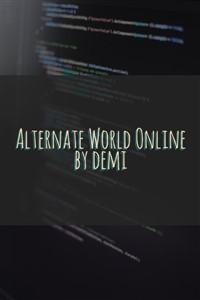 Dro is a postgraduate IT student, after completing university he didn't manage to get a single job. And so he became a NEET. For two years playing only games and living off what little savings he had the. When he was at his ropes end the first VRMMO was released its name was AWO. And so Dro said "I will try it, after all, life is just crap"