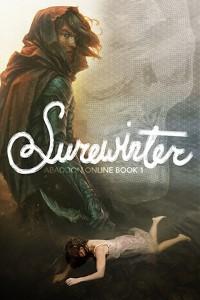 A young man's virtual life and real life become inextricably entwined when a player named Surewinter reaches out to him for help on a popular VRPG game, only to be discovered dead the next morning—her body washed up face down in a canal.
Now a suspect, he's forced to navigate Abaddon Online, an illegal underground VR game where what's real and what's virtual is sometimes hard to discern, and clear his name before he becomes the next victim. He must earn the trust of a new guild, overcome the players set to kill him, and keep the true killer from knowing that he's closing in.