Chronicles of the Weakest Wind Mage 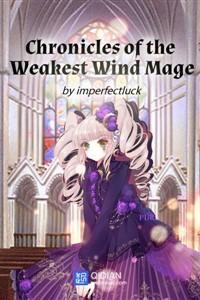 Mia Hart was reincarnated into a medieval fantasy world after being helplessly killed in a random school shooting. Vowing to become stronger in her new life, she learned to her dismay that her only power was the weakest level of wind magic, scorned by her peers! Although Mia reincarnated into a game she had played in her past life, she was in a country that wasn’t even mentioned in the game. Not only that, it was under attack by the game’s main nation! With little information to go on, Mia is suddenly thrust into a position of power by an unexpected event and must navigate through treacherous noble relationships, discern friends from enemies, and deal with the war at her doorstep as she tries her best to even survive in this new world.