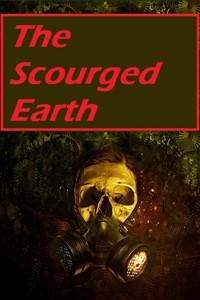 My first Story, an attempt to turn the standard fantasy litrpg apocalypse into a Sci Fi. Trying for a slower build to power for the MC, so don't expect him to save the world or have cheat powers. Mostly at the start he will just try to survive while figuring stuff out, meeting new people and alien monstrosities.
I delight in helpful crticism so no holding back plz.
+++++++++++++++++++++++++++++++++++++++++++++++++
Derrick is barely dealing with his mundane life when all of humanity is forced to confront the extraordianry.
Overnight and all across the world mysterious vending machines appear, offering people the chance to purchase almost anything they can think of. Defying the laws of men, science and economics.
These machines are not heralds of a golden age however, they are tools of the United Support System. Sent to earth to help humanity survive the attention of all the horrors that battle between the stars.
They are the Scourges. A diverse collection of creatures, diseases and machines that are the dominate lifeforms in the universe. Ever growing and battling empires of horror and hunger that have made Earth and it's tasty inhabitants there next target.