The Beasts Under Your Bed 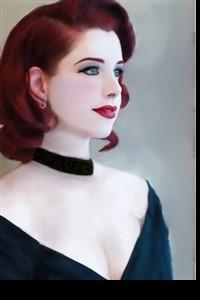 [Strong Lead is built up to. It's not present from the start]
Nightmares prowl the world. Many varied monsters, some slathering and others sentient. But all, wish to be the masters and sole owners of the planet. An unfortunate goal for the rest of the planet's denizens. However, the citizens of the world do not have to cower in fear, for standing as their shield is the Otherworld Divination and Defense. Several divisions of men and woman, both Human and Quasi-Human, hold back the grim tide of beast and corrupt man. No division of ODD is more famous than the Supernatural Incursion Response. The most well known, and publically believed most important division of ODD, SIR is the mailed fist, the blade which strikes down the Beasts From Beyond. Boasting the largest roster of Quasi-Humans, it trains and equips the next generation to continute the fight!
It is at the doorstep of SIR, that Kiko finds herself, to be the next generation. Little does she know, that she will be the last generation. The Fox God, Vanaet stirs, and the shadows roil and thrash with a new Beast From Beyond. A creature far superior to any seen before, in both power, and cunning. The world waits, scarely daring to breath, as The Great War is poised to flaire anew. And this time, there will be an absolute victor.