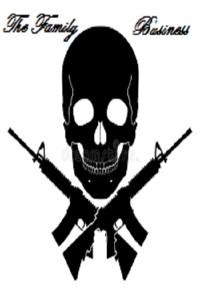 Family businesses have been around for as long as history has been written. They come and go, but the families behind those businesses stay. Raven Manslayer is the president and boss of one of those businesses, but she has decided to have a change of pace. The son that she has been keeping a secret for eighteen years is finally being brought out and displayed to the world. He has been placed in the position of president and boss, but will he be able to keep that which makes him, him in this world full of lies and betrayal? Xander has no idea what his mother has gotten him into, but all he wants to do is make her happy. He doesn't care what he has to do to keep her that way.
The cover is just a temporary one until I can make or find something better!