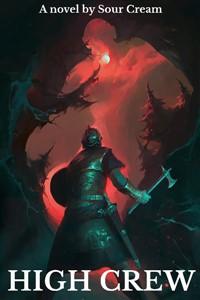 Roads slither as snakes and primordial spirits hunt down men among the trees in the eastern forests. A small brave nation hides behind tall walls from eldritch forces of the woods. In the moment of despair a foreign lord of a seafaring kin is invited to rule over them. In his retinue there is a young warrior who was promoted mere days ago. Follow this lad on a quest full of gruelling battles, intricate schemes, mystical encounters, and inner struggle.