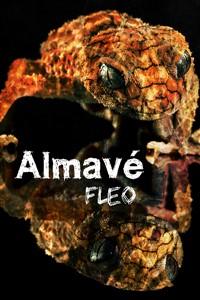 Two John Does are discovered in an alley, unconscious and dying.
Years later, James wakes up. He is paralyzed and dying when a neuro-research division chooses him to be their next test subject. Unable to respond, he is thrown into a full immersion video game with a new life. For the first time in the year he became aware he’s able to move; even if only virtually. The cutting edge AI seems to have a plan of its own and soon James is fully engaged in this new world. New friends, plans, and magic that he could only dream of having. If only he could remember who he was before.
With limited contact with the real world, lines begin to blur and he begins to wonder what he really was leaving behind in the real world. And when he receives a message that there’s a good chance they may be able to fix his body, he questions the value in it. What could he want back there he can’t have in the world here?
Unlike James, the other john doe is uploaded into the game but his body died in transit. The AI revives what it can of his memory and puts him into a dungeon core. When he wakes up years later, he chooses the name, "Adrian." To recover his memories he must become stronger. Without a body, he is a permanent resident of the world and his choices will define his survival.
Powerful creatures, new magic, and a growing dungeon awaits you. Welcome to Almavé.