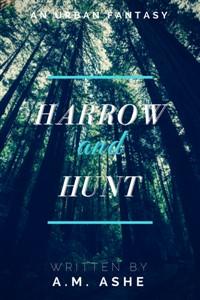 1984, the little English town of Stonehurst. Once the most powerful magical family in the country, the Harrows have disappeared into obscurity, shielding themselves from the death and danger suffered by previous generations. Eliza Harrow leads a safe but sheltered life and isn't prepared when foes old and new begin hunting the family again. To help them survive, Eliza must delve into the origins of her family's strange magic. A man whose life has been shadowed for years by a malevolent and faceless threat may hold the key to the Harrow mystery.
For those interested in: urban fantasy with a gentle twist of British pop culture (of the 70s and 80s particularly), slow-burn romances, stories featuring sprawling supernatural families with varying powers.Constructive criticism and corrections welcomed.