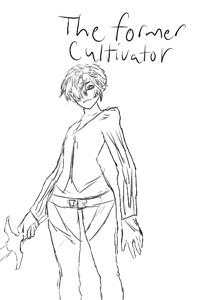 The world is now in the year of 2035. The first VRMMORPG to ever have a self-developing world, 'Everia', has been released to the public. The game boasts impeccable AI, skill-based gameplay, and, of course, incredible immersion as well as a world that's shaped by the actions of the players. Beta testers and developers call the game 'Another Reality', and even critics are left tongue-tied for negative reviews.
In Xian Xun's teenage years, he was a 'cultivator' - a person who could perform superhuman feats like running up walls, jumping dozens of meters in the sky, and breaking boulders with a simple fist strike. One day, however, he had to stop his path prematurely due to an incident involving his clan. After that history, his past was buried, along with the ties he had to the world of martial arts. Five years later, he's just a simple, bored, university student in his second year.
One day, three months after Everia has been released, his friend brings him to a 'VR' internet cafe, and the passion he used to hold as a cultivator slowly begins to rekindle.
This is the story of Xian Xun's rise to the top of Everia!