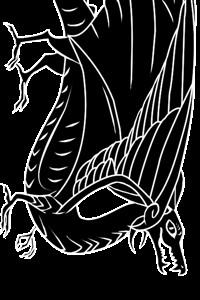 In the land where the four deities rule, something monstrous has risen out of the water. In a last pitch of desperation, a noble is asked by her deity to help save the world. At the same time an invisible force twists its hand and turns the leaders of Pangaea to chaos. A plan orchestrates beyond their power.
And whichever path Alma will go, someone is always watching.
♦ ♦ ♦
In the continent of Pangaea, the four gods have given prosperity to the land for over two millennia. The wars have ended and the kings of demons that devour human flesh have long been sealed. The people live in a time of peace. They are granted magic from the deity they worship and live free of natural disasters or drought. The Council of Sages and the crown monarchy governs and ensures their development.
In the East, a girl takes a pilgrimage to the water deity for her dying father only to witness the beginning of calamity.
Gods Are Watching may contain dark and violent themes. Please read at your own discretion, as some chapters may contain blood, gore and violence.