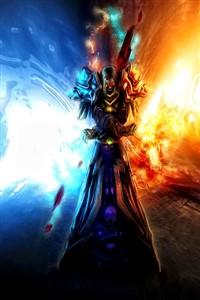 Nagano Yanai lived a completely normal life. Not too many friends, but not unpopular either. He enjoyed cooking, writing, and kenjutsu. He thought that he would life his entire life following the same pattern as always, but when he and his entire class are suddenly summoned to another world, it is clear that things are going to change.
Yanagi and his class are beseeched by the people of the other world to protect them from the onslaught of the demon race, but Yanagi quickly notices that everything might not be as it seems, perhaps there is more to the war than they were originally told. But the others do not listen to his words, after all, what is the word of a useless alteration mage to the words of a goddess?