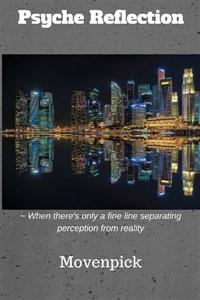 In the universe, Year 20XX, there exists people who are able to enter the cognitive realms of others and alter their perceptions and emotions, for better or worse. These people are known as "Divers" for their ability to dive into the psyche of others in a process called the "Psyche Dive". The cognitive realm is unique to each individual, hence it's also named the "Reflected World". There, one's innermost emotions and beliefs are materialised when the balance between the ego (source of psychodynamic energy, represented by our desires and individuality.) and the superego (represented by our conscience and need to conform to society) is disrupted, with the ego overpowering the superego more often than not.As a result, the excess psychodynamic energy on either side results in the formation of Shades, spectre beings that haunt the id (an individual's personality) and push a person to ruin by clouding his perceptions of reality, influencing his decision making in the process. If left unchecked, Shades would continue to grow in number and power, eventually consuming the id completely to form Demons within the person's psyche. At this point, it is extremely difficult to restore a person's id to its original state, as demons are often extremely powerful and well-protected by their army of Shades.
People who are possessed by demons are often twisted individuals who commit the most heinous of crimes, as they have lost all of their conscience and morals, fuelled only by their desires. The Divers are the last hope for humanity against the Shades and Demons. Armed with the power to use their cognition to fashion into effective weapons against these abominations, the Divers seek to cleanse the minds of victims from such insidious influences.

21 year old Lee Jin Kai became a Diver abruptly on his first day as a University student, after a chance meeting with a beautiful foreign exchange student by the name of Aiko Verde. Despite having different motivations, the pair must now stick together, as they traverse the psyches of various people while gathering comrades, resolving real-world issues in the process...