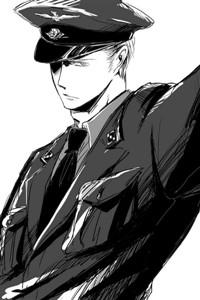 “Alastair, he would later become known as the “Emotionless” Tactician, Despite his flaws as a human being, he became the sole tactical advisors to one of the early world powers. The Kingdom of Vael. It is said that through the majority of his life he spent his time pursuing the art of strategy. He controlled the armies of the kingdom as if he knew every single action of both his allies and enemies right away. It has yet to be attributed to the incredible discipline of the soldiers carrying out their duties or Alastair’s tactical brilliance. However, he remains relevant to this day. Strategies from Alastair books, published after his death. Still studied and applied in modern day combat”