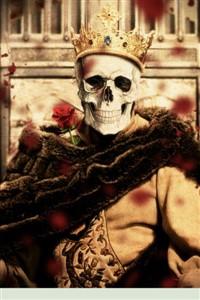 They called him "Keter"; The Top-Most; The Crown. An insurpassible, unstoppable, unkilleble soldier. Etched with a twisted set of morals and studded by a impossible drive for lachesisme, Keter terrorized the world for ages. But time, you see, is a most patient thing. As sure as it gives, so does it take. Even The Crown saw the eternal spindle drawing on him. He blinked, for the last time, and saw a world anew.
Synopsis. I'm sick and tired of all these friendly mc's bullshit, and since all anti-hero/Villain mc's either are Edgy teens or immature brats, I've decided to take it upon myself to write a novel with an evil mc. A true villain. So, don't expect any softness from this bastard; he's in it to win. If he loses his teeth, he'll use his claws, then his flesh, his bones, his life. He is cunning, intelligent, ruthless and will stop at nothing.
The new world will be, like many others, one in a medieval-type setting with traces of magic and the like; though I hope to make better use of this than most others who simply steal ideas from classical novels or other sources.
The main char is a real scumbag, too. This is not for the faint of heart.