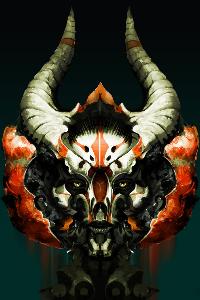 He looked down the path, which was littered with many things. Things he found in abundance were such of violence, desire and gore while things he found in scarcity were such of love, friendship and glory. At the start of the path was a naive, green goblin while at the end of it...
Well at the end of it stood him: the godslayer, the monster from the forest, the walking death... He had many names but none so that perfectly captured his image as well as the Mad King.

Authors note:
An evolution story about a goblin. This is under lit-rpg but I'm focusing more on the plot/characters instead of the usual features of such stories such as the blue tables that take ages to make or the stat screens. In essence it's closer to high fantasy than lit-rpg.
Much appreciated if you read the Prologue to see whether you like it or not.