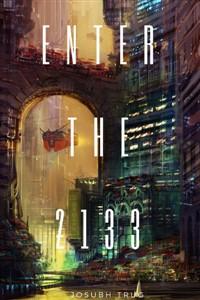 The world in 2133 is not like one what we know or want it to be. Nienty eight years ago SINGULARITY was achieved by ALCHEM CORP. and man behind this project was the highly regarded genius of the time J.F Tolkien. But, the peace was not everlasting. Everything changed. America was no longer a Super power, the World was divided into Five Super Power Federations. While the European Federation became the new Super power, the ALCHEM CORP. became the monarch ruler of any to every technology pioneering company. The world fell to complete domination of the European Federation.
But, a ray of shimmering hope came into beign. An announcement made by the ALCHEM CORP in the fall of 2042 made the world what it is now.
A "JOB", which can give you what every body demands in his complete lifetime, if you can pull it off. But to complete the job you have to be an , what is called as "EXION".
Becoming an EXION is everything in this world. The power to do things which is compeletly impossible for a common citizen. The granted power to an EXION are stretch to almost the power of an mordern leaders. But with great rewards comes great challenges. Every year thousands of people give this exam but only few are selected. And many EXIONS die in this job.
Nobody till this date is able to complete the JOB.

In a porsh area a child called Hikarya lives. He dreams to be an EXION. But, the reality is much tougher than it seems to be in a wild dream. But his resolve outgrows the resolve of a tigress who has set her eyes on the prey.
Will Hikariya be able to complete the blood stained job?

Join Hikariya as he completes his dream. As the JOB does not only provide riches but something that beyond the reach of human imagination.