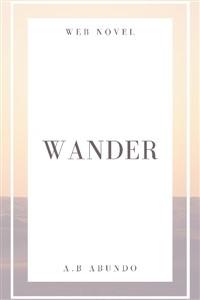 "Hey, did you hear, the Wanderer is here?"
"The Thief of Treasure, the Hunter of Monsters, The Assassin of Kings?"
"Yeah! Capture the Cursed One, imagine the power..."
"I'm out. Anyone who crosses paths with him meets their bitter end."

Set in a Mad Max inspired fantasy world, the story centres around the supernatural adventures of the Mad Wanderer, Alphonsus. Haunted by the demonic beings of Wickeds and Horrors, the grim reputation of the Wanderer and his own conflict of what that means to him. Aided by nothing but his broken sword, he collects quest after quest, wandering the world of Ezo, fighting foes, fighting his calling and fighting himself.
Story + notes updated at ababundo.com