NEW EARTH - A World of Chaos 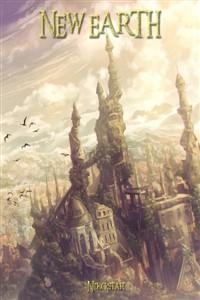 In 2050 an unprecedented nuclear disaster forced all human beings to seek refuge in undergrounds refuge. Not knowing when the level of radiation will reach acceptable levels, the world leaders decided to bet everything on the next generation. They reallocated all their resources into a single project. A new VRMMORPG about to be released is redesigned to accommodate the world population. It will not only provide people with a goal and leisure but also serve as a test to find the future leaders that will rebuild Earth.
Follow the adventures of an orphan as he climbs from nothing to the very top. He will face many difficulties, venture into a boundless world and finally build up his own kingdom. Caught into the storm of the struggles for power, he has no choice but to grow stronger. This is the story of the man to be known as the Emperor of Chaos.