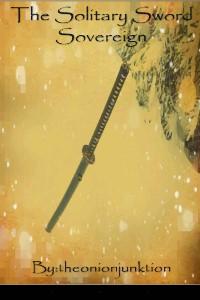 One day, every human on earth was given a class and gained abilities. People gained levels and stats; like strength and agility.
Will Chamberlain; a 16 year old, was given the class Water Meister. He had the ability to freely control water. An ability that had more than meets the eye.
At the same time mysterious structures called dungeons showed up all around the world. Demons escaped from them, and attacked mankind. Those who conquered these dungeons, would be rewarded with power beyond their wildest dreams.This was not easy as they were filled with many dangers.
Will decided to enter a dungeon.
His power... water.
His weapon... a katana.
His true aim... immortality.
His key... walking the martial path.
His destiny... to conquer the dao of the sword!
Join Will as he fights to build his own empire, in a world plagued with demons, dungeons and many more mysterious forces:

Novel by Patriarch Onion (Also the author of Titan's Throne) and hosted on theonionjunktion on royal road with the commentary of the beautiful and handsome Cookie. Will try our best to keep to the schedule, for now it's twice weekly on Tuesday and Thursday!