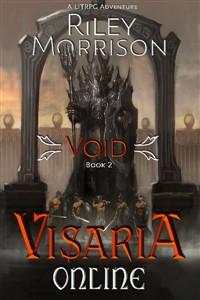 As war spreads throughout Visaria Online, the shadow of the void looms menacingly on the horizon.

Banished from his homeland, Ajax must go on the run, gathering allies, new items and facing high-level players hell-bent on his destruction.
Hunted by the Imperium, the minions of the void and an angry nosey old dragon, Ajax and Lillus flee into outdated expansion content. In the desolate expansion zones, they discover something that could turn the tides of the coming war.
But with the void and the Imperium hot on his heels, Ajax might not live long enough to use it.