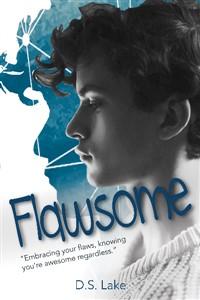 “Imagine someone who likes you so much, they make you like yourself.”
Looking at sixteen-year-old Neo Favre, there isn't anything to point out that would explain him being heavily bullied. He has loving parents, a healthy amount of sibling rivalry to overcome every day. He can be funny, he is nice, he isn't an annoying know-it-all nerd. He's just like any other teenager attending Haven Highschool.
Except one thing; Neo suffers from OCD, and his irky habits are solely the reason for his classmates to make fun of him. But as much as he tries to hide his annoying habits of counting literally everything, entering a class without touching the floor right in front of the first desk, tapping light button's to the beat of "we will rock you" and any other small tic, his fellow students know, and they use it to bully him endlessly.
Neo just wants it all to end, but right when he worked up the guts to put his actions where his mouth is, Calo show's up to save the day, and maybe his week. And who knows, maybe even his life.