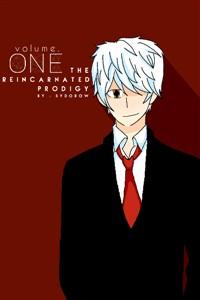 Albert Neilman is the very first member of the "Great 5", a group of five incredible prodigies. Due to his exceptional ability to learn things very quickly at an incredibly young age, he was given the title "Modern DaVinci". He has learned Advanced Politics, Mathematics and Marketing before he turned 10, thus, when he became 16 years old, he was hired as the adviser of the USA's President.
In less than a year of being hired, he has quelled the anger of numerous rebellions and terrorist organizations all over the world. With his existence, world peace was no longer just a dream, but a possibility. But, these acts costed him his life.
It was then that the Goddess Era pulled Albert's soul from the Cycle of Reincarnation. Due to the fact that Era's world was currently lacking in any scientific development, her people would suffer from plagues and natural disasters. Thus, she asked for Albert's help. He would be transported to Era's world "Erevus" and retain both his memories and original body in said world, but he will introduce the science of Earth towards Erevus.
Follow Albert as he ventures through the underdeveloped magical places in Erevus all the while meeting all sorts of incredible people. He introduces them gunpowder, electricity and the beauty of potatoes!