Dragon: Birth of an Ancient 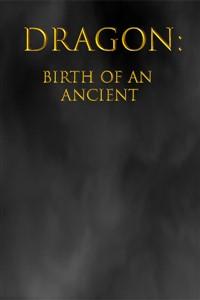 Deep in a secluded forest, within the depths of a long forgotten cave, an unnatural silence that has reigned for little over a million years is shattered as a hatchling takes its first breath. To the various species that called this world, one of seven, home, the matter seemed beyond insignificant.
The hatchling, like all monsters, had no divine backing and with its age, could only be considered a lesser existence. A being to be used by the Chosen and noble monster bloodlines in their never-ending pursuit of power, fame and immortality.
However, how could any of the short-lived races, Chosen and Monster alike, know that the tiny, weak, lizard-like creature was much more than it seemed. That it was an entity only spoken of in myth and legend. From a species that their ancestors, with the backing of the Gods, paid a huge price to remove. A heretical existence that threatened the fragile peace that had descended upon their world.

I am writing this story for a friend who is currently in hospital and in a very precarious situation. He gave me the plot/ concept and, after my own health issues, I wanted to try and brighten his day and provide a distraction from the monotony of their hospital stay.
I am posting it on RRL mainly in case anyone else can find enjoyment from the story and to show the readers of my other stories that I am not permanently MIA (and will 100% return to those stories in the future).