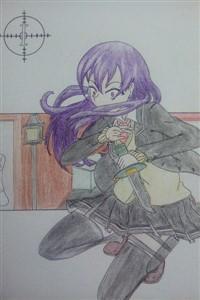 Five years after the (UN)/ United Kingdom made the announcement about the country of Philippines being wiped out during the day that they called Fallen War, a certain class at Armadon academy was given a mission to kill a certain student named Yuu Mirai they claimed him to be a survivor of the Fallen War that ended Five years ago, now fourteen students in his new class were given a mission to kill him however their teacher plead to them and choose wether to kill or be his ally, the next day they started to observe him and judge wether they'll kill or be the ones to be his comrades