Against the world, to hold that hand. 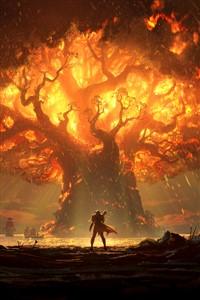 "Through time and space, through life and death, I will chase after you. I will face the whole world just so that I can grab your hand once more!”
These were the last words Li Yang spoke to Fang Ying, planting a soft and gentle kiss on her lips as a rain of attacks landed on their bodies, ending their lives. But Li Yang meant those words, so when he was given the chance to reincarnate and chase after her, he accepted without hesitation.
In their last life, they had been hunted by the world and killed. He would not allow that scenario to repeat itself, no matter what he would have to do- He would firmly grasp that soft hand and never let go of it. If the heavens decided that they were forbidden from being with each other, he would carve open the heavens and force it to kneel to him.