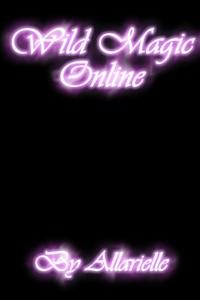 In the ten years since full sensory VR technology was developed, it has been plagued by controversy. Two of the most popular games have already had to be shut down prematurely, amidst accusations of the developers stealing people's thoughts. There was even an international watchdog organization created at some point. None of that has stopped people from flocking to the technology, naturally. Or really slowed them down at all. Or stopped them from gleefully extolling its virtues to the less fortunate.
After years of being denied access to the technology, one high school boy has finally managed to save up enough money to join in on the fun, using the newest fantasy MMO as his launching off point. When he logs in for the first time, though, his adventure starts before he's even fully in game, when the system automatically assigns him a female avatar. Now playing as River, she quickly learns that the greatest mysteries are sometimes not the game, but the other players themselves, and the greatest adventures can be those that take place inside the heart.
~ ~ ~
This is an extremely slow paced slice of life/adventure story set primarily in a fanstasy VR game. It contains some coarse language at parts, mild themes of sexuality, as well as mildly depressive themes. It is intended for a teen to young adult audience.