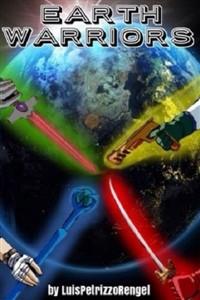 It is the year 2026, an alien race called the Zlocu are waging war across the stars, believing that the era of peace was slowing down the next step of universal evolution and now are determined to "awake" everyone to let them know how peace made them "weak". Planet Earth took one of the worst hits from their onslaught, given that they were recovering from a devastating global conflict. Despite the efforts of various governments, the Zlocu occupied 80% of Earth. Everything seemed hopeless until a group of celestial beings called "The Guardians" started to intervene in the conflict, as result of the discovery of the four physical incarnations that represent the principles of the Universe itself, all of them found on planet Earth. Now, these four heroes and other factions must work together to defeat the Zlocu Empire and Malgan's reign of tyranny. But more than war, they also need to know what is the meaning of being a hero and a warrior in the modern world.