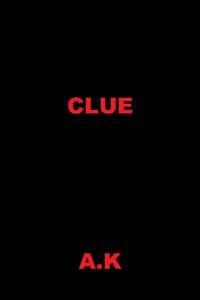 So here's the deal. We've all heard of it. The game "Clue". They're multiple games on it; even a movie. And there's nothing wrong here, except one, tiny little detail. Mr. Body is still alive. And he won't die. Literally. Poison. Grenades. A shotgun to the heart. He is truly immortal. Or is he?
Tired of his ageless life, every one hundred years, he selects participants to come and play his little game. Players become the infamous Scarlet, Peacock, Plum, Green, Mustard, and White. They come willingly, as whoever can manage to kill him, gets his entire fortune and estate, and of course, the bragging rights to saying they killed Mr. Body.
The catch? No player can leave once they have started the game, and since Mr. Body is immortal, he has no problem waiting. Whether that be of their death from each other, themselves, or insanity, as Mr. Body is quite the trickster.
But the game is different this year.
As the newcomers come and risk it all, Mr. Body starts to question whether he wants to die or not, as he finds himself craving something more than his own deathbed.
But the question we must all keep in mind, is, WHAT CAN KILL MR. BODY?