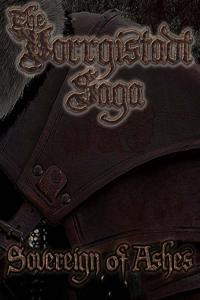 The world of Aelth Myrris is dying; the world-god is in her death throes. This was not caused by rampant environmental devastation, the fall-out of some cataclysmic war, nor a random happenstance of celestial events. This act of murder was entirely intentional and caused by capricious and hidden entities even more powerful than the gods themselves.

The many groups that call the world-god Myrris home have been abandoned. Once proud societies are crumbling into ruin and barbarity as those with ambition vie to seize what few bits of fading power they can. Amidst this tumult, there are still some stories to be told about those few who cling to life wanting more than power and trinkets. This is the saga of those few who hope for a better future. Those few who defy the hidden entities that devour their world. Those few who refuse to be the pawns of fate.