Battle is an Art 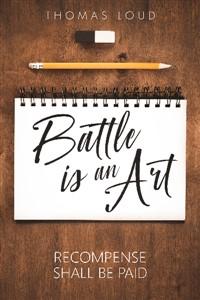 Herah always considered herself a master artist, be it a painting, sculpture, portrait or whatever, Herah could make it without problem.
Combine this with her gift to make her art into a reality, her great combat prowess and her infinite amount of willpower, she was clearly a no brainer to participate in Recompense; a series of trials that if one won would grant the winner anything they wanted.
With each trial being not only a battle to win but to survive, and the fact that the losers got a prize as well, that most really didn't want, and the Cendruex had some stiff competition.
But with a broken No.2 pencil, a nervous smithing apprentice, a too trusting liar and an honest, omniscient jackass, Herah had Recompense in the bag.
After all, Herah was a master artist, and she always considered battle exactly that: an art.