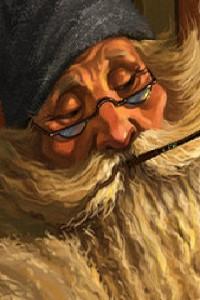 In a world full of adventure fate is often decided by birth. Elf Wizards, Magicians, Battle Orcs, Fire Lords and many other creatures rule every corner of this beautiful and special place. Among them all, there is only one rule: power is the greatest asset that anyone can have.In this journey, we found ourselves following the life of a simple merchant named Kripp, whose fate was decided by two strange things, a very unusual power and an invisible and barely sane wizard as a companion.