The Fall of Chiros 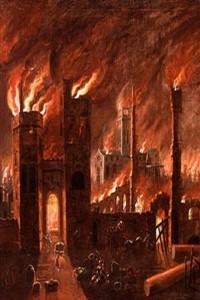 Chiros, a land of fantasy. A land where Men, Dwarves, Goblins, and Beastkin of all types lived their lives in relative peace. At least until The Rift opened in the lands of Tigleon, ushering forth an insurmountable horde of Daharillm, a group of invaders from another realm. One by one the kingdoms fell to these monsters with no end to their numbers. Like locusts, they scoured the lands, killing and devouring all in their wake. Until none remained to oppose them, and the land of Chiros was lost forever. Or so it would seem.
Jack Turelli had thought The Fall of Chiros was just going to be another RPG to waste time in. Three years have passed since that miscalculation, and he has finally reached what is the final battle in the game's story. But the ending only brings more questions, and a random phone call from the owner of the Company that produced said game will change Jack's life forever.

Just what difference can one person make where thousands before him had failed?