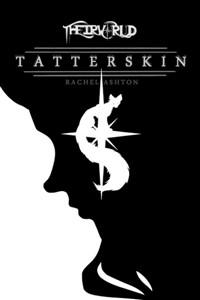 Dassah Graydon was just another human woman looking for adventure in her life when she moved to the academic floating continent, the Enclave. But while she wanted to escape her mundane reality, she quickly discovers that her life there – with the exception of all the crazy aliens and the unusual setting – was no different than her life on Earth had been. After spending a couple of months getting used to the place, she finally got the chance to play the popular new VRMMORPG, TheirWorld.
As she is drawn deeper and deeper into the game, however, she begins to realize that her in-game life is far more connected to the happenings of reality than she could have imagined. Finding herself in the middle of a conspiracy that threatens her life and the lives of the people around her, Dassah must decide whether she allows herself to be a puppet, or she finds the determination to become the master of her own fate.
This is a Project: TheirWorld story, and there is a prequel story, The Tutorial (completed, but unedited) but if I am doing my job, you won't need to have read that to enjoy this one.

The story will usually update once a week, sometime on Fridays JST.
The updates on Royal Road L will be about 1 chapter behind my main WordPress site found here: Project: TheirWorld. This will change, as the WordPress site will have holiday releases and RRL will not.
Thank you for reading, and the support! :)