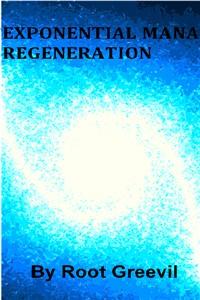 When the Change occurred, humanity suddenly found itself with superhuman constitutions and the ability to use mana. All the government leaders had known about it beforehand and had made an announcement, so there was little strife and instead excitement to loot the dungeons that the Change had created. Kyle Anders was incredibly excited when he saw his starting skill, called Exponential Mana Regeneration, but his excitement quickly waned when he realized it was almost useless with his starting mana pool of twenty. He had nearly given up hope on being a mage when his family got him a new skill for his 18th birthday. Suddenly, with his mana pool expanded because of the skill, Kyle’s mana regeneration shot through the roof. But while humanity worked hard to loot dungeons and increase their skills and stats, Change was coming, and peace cannot last forever.

The story is currently on haitus.

(This story is a work in progress. As the first story that I have ever written, the beginning, especially the first ten chapters or so, needs heavy editing. I have decided to continue writing the story instead of going back and editing the beginning. I hope that despite all its flaws you will still find my story enjoyable.)