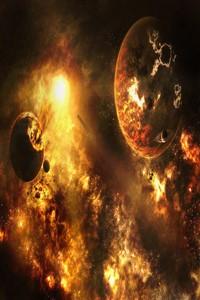 Roland's life was supposed to be normal, working as the butler of the Steamhelm's heir. A stable life to him pay the bail to the liberation of his parents from the prison.
So how could meteors and hydrogen bombs coming at his way to kill him?
He isn't a true mage or even a scientist to be capable of protecting himself, what is he supposed to do now?
Luckily his friend seems to be a time traveler that sent him back in the past to him arrange a way to survive and the said friend also gave him a way to do a pseudo time travel, where he can 'simulate' what will happen with him to help him survive.
A shame some people in the simulation like to 'walk' to the walls as if they were doors and also to bang their heads on the walls for no apparent reason.
"Great, they are glitched. What will they do now? Kill me?"
They did.
Many times, moreover.