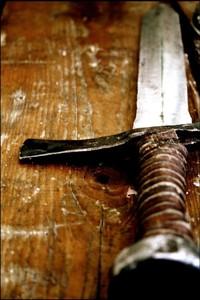 Seth Nox, also known as the Blade, is the infamous killer that hunts his targets on the continent of Gaia. Gaia’s citizens fear his name and fear they’ll be his next target. But lately, there have been rumors that have mysteriously surfaced; rumors of an organization raiding, pillaging and senselessly murdering civilians. Now, with orders from the Queen of Gaia, Seth is tasked to find this new deadly force and give them eternal slumber. But what will happen when this game of cat and mouse turns into that of hunter and hunted. The biggest threat Seth has ever had to face is slowly drawing the knife.