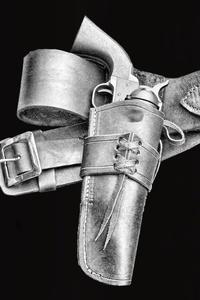 A lazy celestial being's mistake leads to Sergeant William Remington, a decorated member of the Coalition Marines, to be placed into a new body. His old life aboard the Valkyrie, an interstellar destroyer has also been replaced as he finds his new body in an unknown world. Where he learns of magic, skills, and the system.
Initially, he is skeptical of his new norm but the desire to survive leads him to try to earn a living while he figures out what just happened to his life. What better way than to fall back to what he's familiar with, weapons and going after criminals and rebels.

This is my first Litrpg writing. It's a wild west fantasy setting with the MC taking a role as a gun-slinging bounty hunter in a world of magic and monsters. Hope you enjoy it.
[participant in the Royal Road Writathon challenge]